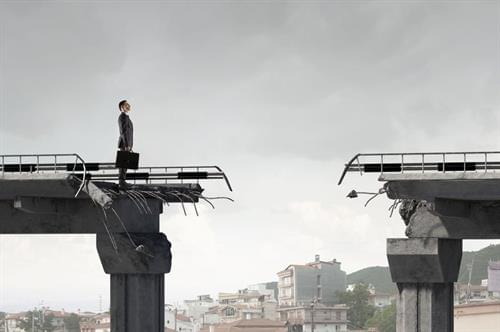 I recently came across the story of a remarkable man. He first went into business, but his venture flopped.

He switched to politics, but his first year also flopped.

He tried his hand at business for a second time, but failed again.

That meant three failures in a row - in three years.

He proposed to his fiancé after four years of courtship, but she turned him down.

Another woman he was courting died some time later.

These pressures led to a nervous breakdown and two years of convalescence.

He relaunched his political career with a bid to be elected Speaker to the House of Representatives. Once again he failed.

Two years later he was again defeated for the position of Elector.

Another three years after this, he was defeated for a seat in Congress.

He left it for five years before he sought office again, to be defeated again.

Tragically his four year old son died at around this time.

Seven years in the wilderness followed before he ran for the Senate, to no avail.

Three years later he tried again for a seat in the Senate, and failed again.

Finally, two years later and after twenty four years of dogged persistence, Abraham Lincoln was elected as the sixteenth President of the United States of America.

Really successful leaders do not let setbacks send them into irreversible downward spirals. They learn from their mistakes and they persist until they succeed.

Thomas Edison once said, “I have not failed. I’ve just found 10,000 ways that won’t work.” It is a good job that Edison did not give up after ,999 attempts; otherwise I might be producing this content in candlelight and with pen and paper.

Henry Ford only succeeded after producing overpriced, low-quality cars that were failures. Learning from these led him to develop the highly successful and groundbreaking Model T in 1908.

Walt Disney set out initially to be a newspaper cartoonist. No one would hire him. He then started a commercial art studio followed by an animation company, both of which went into liquidation. Disney moved and started afresh in Los Angeles, only to fail again, this time losing his most popular character, Oswald the Lucky Rabbit, to a competitor. Disney gave it another try, creating a mouse called Mortimer - who his wife, Lillian, renamed Mickey. The rest is history.

How are you handling the setbacks that inevitably come your way? Having the right mindset is critical to success in business. How are you approaching 2019

If you have had a challenging last 12 months, how determined are you to find pathways to succeed and achieve your business and personal goals going forward?

You have two choices: persist or desist!"

Rathbone Results are a team of professional business advisors, who specialise in helping business owners and managers improve the performance of their business. If you’re looking for proven methods to help you see results in your business, Contact Us to view our contact details or call us on 020 8798 0175