Five Dysfunctions of a Team 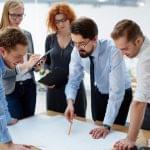 These are obviously important. However, my experience in business management and working with security installers shows there is another key ingredient in business success - teamwork.

I recently read “The Five Dysfunctions of a Team” by the renowned author Patrick Lencioni who turns his keen intellect and storytelling power to the fascinating, complex world of teams.

Lencioni reveals the five dysfunctions that are at the very heart of why teams — even the best ones — often struggle. Two critical truths are clear.

First, genuine teamwork in most organizations remains as elusive as it has ever been.

Second, organizations fail to achieve teamwork because they unknowingly fall prey to five natural but dangerous pitfalls, which are referred to as the five dysfunctions of a team.

These dysfunctions can be mistakenly interpreted as five distinct issues that can be addressed in isolation from the others. But in reality they form an interrelated model, making weakness in even one of them very dangerous for the success of a team. An overview of each dysfunction should make this clear.

The first dysfunction is an absence of trust among team members. Essentially, this stems from their unwillingness to be vulnerable within the group. Team members who are not genuinely open with one another about their mistakes and weaknesses make it impossible to build a foundation for trust. This failure to build trust is damaging because it sets the tone for the second dysfunction: fear of conflict. Teams that lack trust are incapable of engaging in unfiltered and energized debate about ideas. Instead, they resort to lukewarm discussions and guarded comments. Technology change is evolving exponentially. In a world of volatility, uncertainty, complexity and ambiguity (VUCA), it has never been more important to have debates within the management team about ideas, about what external changes are most relevant and about how the business might respond. A lack of healthy conflict is a problem because it ensures the third dysfunction of a team: lack of commitment. Without airing their opinions in the course of passionate and open debate, team members rarely, if ever, buy in and commit to decisions, though they may simulate agreement during meetings. Because of this lack of real commitment and buy-in, team members develop an avoidance of accountability, the fourth dysfunction. Without committing to a clear plan of action, even the most focused and driven people often hesitate to call out their peers on actions and behaviours that seem counterproductive to the good of the team. Failure to hold one another accountable creates an environment where the fifth dysfunction can thrive. Inattention to results occurs when team members put their individual needs (such as ego, career development or recognition), or even the needs of their departments, above the collective goals of the team.

Like a chain with just one link broken, teamwork deteriorates if even a single dysfunction is allowed to flourish.

The reality remains that teamwork ultimately comes down to practicing a small set of principles over a long period of time. Success is not a matter of mastering theory, but rather of embracing common sense with uncommon levels of discipline and persistence.

Ironically, teams succeed because they are exceedingly human. By acknowledging their imperfections, members of functional teams overcome their natural tendencies that make trust, conflict, commitment, accountability and a focus on results so elusive.

If you are more dysfunctional than high performing, ask “How can we turn this around?” Lencioni outlines a powerful model and actionable steps that can be used to overcome these common hurdles and build a cohesive, effective team. I will share these practical suggestions in my next article.